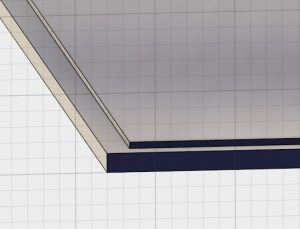 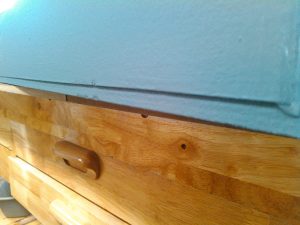 END_OF_DOCUMENT_TOKEN_TO_BE_REPLACED

So the first full Pittsburgh Maker Faire took place on October 10-11, 2015. I displayed Symonator there and had a pretty good time with it. Some thoughts from the weekend: END_OF_DOCUMENT_TOKEN_TO_BE_REPLACED 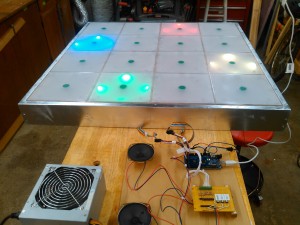 So this is Symonator, my homage to the classic Simon repeating game. You’ll notice there are 16 buttons. This leads to an interesting question: How does one quickly read the status of 16 buttons and compare it to a required pattern, especially when that pattern may require more than one button to be pushed at a single point in time?

END_OF_DOCUMENT_TOKEN_TO_BE_REPLACED

(Note: Looks like I got some recognition for this project. In case you’re wondering, Stuffed Cabbage Inc. is not a real company. It’s just a domain name I picked because I really like the stuffed cabbage my great grandmother used to make. My real name is Christian Restifo.)

So, if you know what Maker Faire is, you know how awesome it is. If you don’t, imagine a festival where people who like to build things, hack electronics, make things the spit fire, do cool interactive art pieces, and the like get together for a couple of days to show off what they do.

I’ve been to the Detroit Maker Faire several times, and I actually presented my dreidel lights at the first Pittsburgh Mini Maker Faire (which is essentially a smaller version of a full Maker Faire).

Well, they’ve upgraded it to a full Pittsburgh Maker Faire, and I will be demonstrating what I’m calling the Symonator, an homage to the original Simon electronic game. You know, the one with four buttons where you have to follow a growing, repeating pattern.

Only I think 4 buttons is not enough. 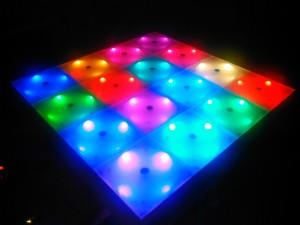 END_OF_DOCUMENT_TOKEN_TO_BE_REPLACED

Okay, so for my fourth pay it forward gift, I made a trivet for Lynne who, like me, went to Carnegie Mellon. This trivet contains the thistle symbol for CMU.

I failed at this build many, many times. First, I thought I would cut some blue and green ceramic tile and inlay that into a piece of wood. Needless to say, I couldn’t cut all the tiny pieces and make it look anything remotely like the thistle. Then I thought I’d use fireglass and make an image out of that. Yeah, that failed miserably, too. Then I decided to switch to wood and use a technique I had employed previously to make a rose for my wife.

So, step one. Obtain…….drumroll please……important Turkish oak chips. Yep, that’s right. This project is made with oak chips imported from Turkey. I won’t go into how I got them, but let’s just say it involved a transportation company delivering them before I had the import permit….which is kind of against the law. Then, after the chips were legally cleared to enter the US, they disappeared for a week. END_OF_DOCUMENT_TOKEN_TO_BE_REPLACED

The tilted square. If you know what that is, you’re a Carnegie Mellon student/grad/staff/professor from some years back. CMU’s logo used to be that beloved square, tilted at 14 degrees.

Unfortunately, it’s hard to find anymore. The university has pretty much purged it out of existence, and it’s not considered “correct” to use it anymore in university communications, documents, etc. Not even a throw back t-shirt to give us alumnae/alumni some love.

Below is the great tilted square logo. I’m posting this under the fair use clause of US copyright law, mainly for historical and criticism purposes. Note that CMU probably still owns the copyright to this image, so don’t go off using it for anything other than fair use (i.e., commercial purposes, etc.)

Many people consider it a very poor design for any number of reasons: the tilt itself, location of text relative to the basic shape, the fact that the text “cuts” across the square in a very unnatural way. Me? I like it, but maybe that’s because I think it represents what’s great about Carnegie Mellon: we’re a little bit different.

So, for my friend Kathleen, I decided to make a wooden beer/soda/water mug. It’s made from flat pieces of wood cut at an angle to make an almost circular polygon. To do this, I first had to build a jig….. 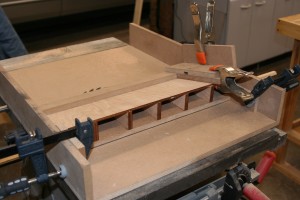 This jig serves a very important purpose. It lets me reliably and repeatedly cut pieces with a 15 degree bevel. While I can tilt my saw blade for the same effect, it’s difficult to safely and accurately make these cuts. This jig takes care of that for me. I drew it up on the computer and laser cut the pieces for it. END_OF_DOCUMENT_TOKEN_TO_BE_REPLACED

Ok, so here’s the next build for my pay it forward gifts. My excellent friend Shawn, whom I’ve known since college, recently started putting together some old Lego kits. He even went so far as to restore the clear Lego pieces which apparently age due to a fire retardant. I’m sure said retardant also probably causes all types of horrible health problems like making appendages you want to keep fall off. Anywhooooo…….

Rather than wait until all five gifts are created, I’ve decided to post about them as I make them. This is mainly due to the fact that gifts this year will be much more involved and take longer. END_OF_DOCUMENT_TOKEN_TO_BE_REPLACED