So the first full Pittsburgh Maker Faire took place on October 10-11, 2015. I displayed Symonator there and had a pretty good time with it. Some thoughts from the weekend:

Overall, a great weekend. I have to say that I think I may have selected the wrong career. The greatest part about the weekend was watching little kids play my game and smile when they finished a long pattern. One little boy would jump up and down after every round, triumphantly holding his hands up.

Some shots of the game in action. 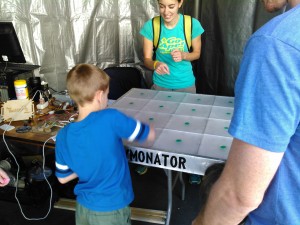 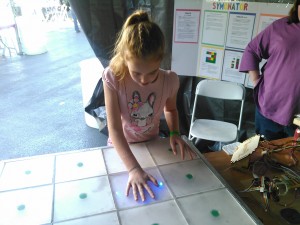 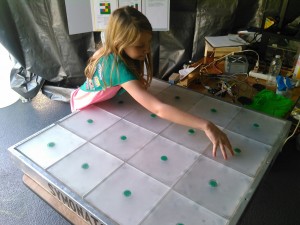 (BTW, this girl here was a trooper. She not only played the game many times, she actually helped me fix it when some LEDs went bad.)

Oh, and finally, Symonator got a ribbon for exhibiting the DIY maker ideal. So, yeah, me, I guess. 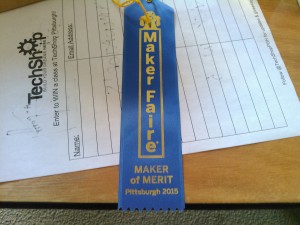