It’s like nothing you remember. One of the greatest games ever made. I still have the original box and CD. Awesome music. Best line from the game from Taurus: “Damn. I’m so good, they should name a car after me.”

I do so love my MakerBot.

So I’m printing out stuff for the z axis rider you can find at Thingiverse. Problem is, some of the pieces are so big that the print head on my MakerBot Cupcake will hit the bolt heads on the heated build platform. What to do, what to do…..

Aha! Make a gigantic build base out of some stock aluminum plate I have. Benefits of this include:

END_OF_DOCUMENT_TOKEN_TO_BE_REPLACED

I have two personally designed, qualitative indicators that I use to judge the health of the economy: the fast food service quality indicator (FFSQI) and the recruiter inapplicability indicator (RII).

The FFSQI is basically my experience getting fast food. When the economy is good or improving, the quality indicator drops. One wonders how some of the people providing the service manage to get, much less keep, their jobs. The worse the general experience at fast food places, the better the economy is because they’re scraping the bottom of the barrel in terms of available labor.

The RII comes from calls/emails that I get from recruiters. It’s not just the number but also the nature of the jobs. If a recruiter calls me with a position for which I am in no way qualified (or only minimally qualified), the indicator goes up. The higher this indicator, the better the economy because recruiters are having a hard time finding candidates.

This indicator, however, has recently made me wonder if engineers actually do any engineering anymore. By “engineering”, I mean applying mathematics and physical laws to solve problems or generate new products or processes. Note that under this definition, software engineering is not quite engineering. My apologies to any such engineers, but I’m focusing on “traditional” engineering.

END_OF_DOCUMENT_TOKEN_TO_BE_REPLACED

So the little swivel clips that hold a screen to my window have broken over the years thanks to use and small kids. This makes me sad. Makes my wife annoyed. 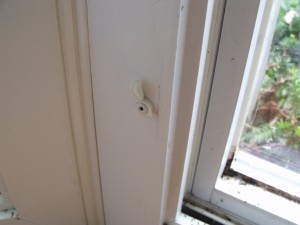 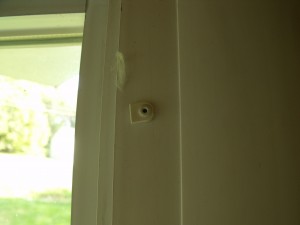 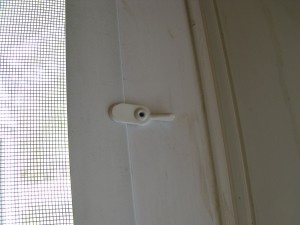 What to do, what to do. Aha! Take some measurements and whip up this:

END_OF_DOCUMENT_TOKEN_TO_BE_REPLACED 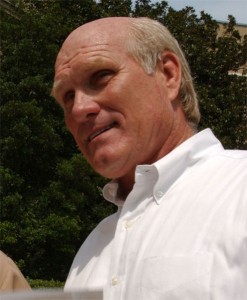 When the zombie apocalypse comes, I’m gonna have one of these at my disposal. I’ll probably set myself on fire, but I will look pretty damn awesome doing it.

My latest Arduino project, a remote controlled rocket launcher. Had to run jumpers via the top route (red) as I didn’t want to do two sided. Ugly, but effective if you remember to include holes/routes for jury-rigged vias. I think it’s laid out properly. We’ll find out soon enough. 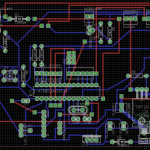 Here’s the breadboard version I used to verify my circuit. 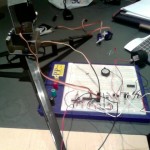 Perfect weapon for a zombie apocalypse. What’s better than soldering on a Friday night? Soldering an Arduino project.

Here’s my cheap little ArduinoISP project that lets me burn bootloaders without having to wire things up on a breadboard. Just pop in a chip to be burned and away you go.